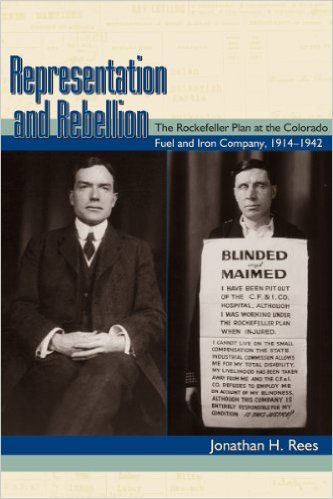 “Rees makes effective use of new sources to give a more nuanced understanding of the operation of one of the nation’s more progressive company unions. He makes a strong case, in his conclusion, for the argument that, whatever the limitations of company employee plans, they provide workers with more protection than no union, and they often plant the seeds for the emergence of truly independent unions.”
―Elizabeth Fones-Wolf, Business History Review

“Throughout his narrative, Rees sensitively reads and analyzes his evidence, presenting a story of company-sanctioned collective bargaining that is rather more complicated than one might expect . . . there is much to appreciate in this smart, focused book.”
―Jason Scott Smith, University of New Mexico, New Mexico Historical Review
Buy at Univ. Press of Colorado
Buy at Amazon